History of the Concerned Black Nurses of Central New Jersey

The vision of the future was establishment of the second chapter of NBNA in New Jersey. This vision was shared by representatives of the Newark Chapter, Bobbie Purdue, Jean Clark along with three other visionaries: Barbara Cure, Gloria Gibbons (Bivins), and Jean Marshall. Together they planned a special gathering and presented the history of the NBNA. The vision became reality early in November of 1984. The organization of Concerned Black Nurses of Central New Jersey was set forth. 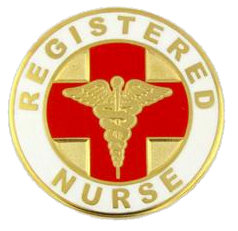 The organization was incorporated in 1987.

CBNCNJ is a non-profit organization of professional nurses dedicated to improving the health status of all people particularly focusing on Black and minority populations.

CBNCNJ has awarded annual scholarships to nursing students since 1986. CBNCNJ holds executive board and general membership retreats for chapter development.

The Concerned Black Nurses of Central New Jersey (CBNCNJ) is a driving force that embraces and facilitates innovative health practices while providing education in underserved communities. It is our vision to implement positive healthcare changes that will CREATE OPPORTUNITY and accesible quality healthcare for Black Americans and all others.

There are no upcoming events.

View Calendar
All board and general meetings are held in the Monmouth County Library - Eastern Branch, 1001 Route 35, Shrewsbury, NJ, 07702-4398